There are only 50 days left until the first Floorball match is played at the 2022 World Games. The next team in our countdown to compete in July in Birmingham, Alabama is defending champion Sweden!

The journey to the World Games in 2022 began at 2020 Floorball World Championships in Helsinki last December where the top 5 finishing countries, top AOFC teams and top AMER teams would qualify alongside the hosts UNITED STATES for the 2022 World Games in Birmingham, Alabama, United States.

Sweden, Finland, Czech republic and Swiss were the first to qualify followed by Thailand who beat the Philippines in a nervous shootout for 13th place and qualification in Birmingham and Canada which finished 12th and was the highest ranked AMER country. Latvia completed the World Games lineup by beating Norway for 5th place.

Sweden is the gold medalist of the previous World Games in Wrocław, in 2017 beating the Czech Republic in the semi-finals and then Switzerland in the final to become champions of the 2017 World Games. They passed the group stage with two victories against the United States (20-0) and Switzerland (3- 0). In the semi-finals, the Swedes faced a solid Czech team which they eliminated 5-2 with two very late goals. The gold medal game was very tight and tight with Switzerland leading 5-2 in the 2nd period before a 3-goal blitz in 65 seconds brought the Swedish team level before adding two more late to win the match and the gold medal 7-5 in the final.

Expectations as always for a country like Sweden are almost always gold at a major event and this year will be no different heading to Birmingham as the reigning World Games and World Championship champions, while by being the number 1 ranked team in the world. The wait will be heavy on their shoulders, but the talent presented with the Swedish team will be difficult to manage. Recently, at the 2020 World Championships in Helsinki, Finland, the Swedes managed to beat the Finns on home soil to become World Champions, avenging their two previous defeats in the finals and showing that they are the best floorball nation in the world. world.

Sweden will be looking to continue their rich vein of form after winning gold at the World Championships in December. The next WFCQ men’s event in Koceni, Latvia will host Sweden who will be their group’s favorites to qualify for the Men’s World Championships later this year in Switzerland. This event will be a good warm-up for the Swedish team to try new tactics, players and strategies before the World Games, such is the strength of the Swedish team. Barring a major upset, they should comfortably qualify for the world championships in their group. 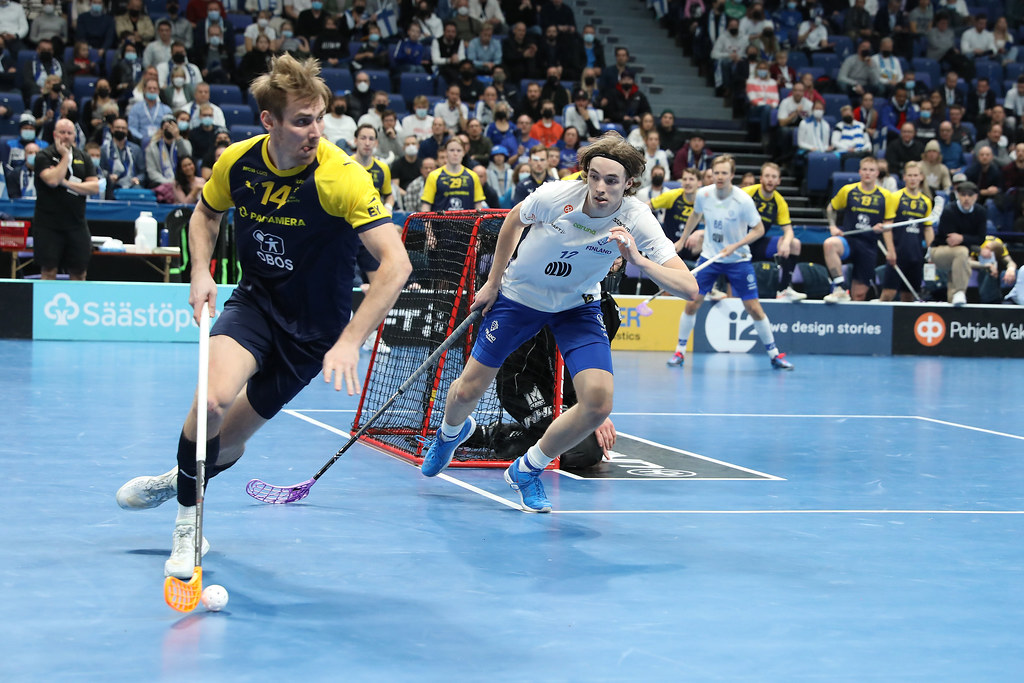 Sweden will compete in the men’s WFCQ 2022 EUR1 event in Valmiera, Latvia in May for the World Championships in November 2022. So they will have a warm-up, an international competition before the games in July to solidify their squad and tactics before Birmingham. This should help improve team cohesion and unity ahead of the World Games.

Tobias Gustafsson is one of the main players in the Swedish team having represented them in the previous three world championships in 2016, 2018 and 2020 (where they won the tournament!). For the 2017 World Games, he had 7 points in 4 games for Sweden en route to the gold medal. Most recently, Tobias was named the best floorball player of 2021 by Innebandymagazinet. Watch the interview of Adam Troy with Tobias Gustafsson from the Swedish team, as part of our Road to the World Games interview series to find out more about his Floorball background and his hopes for the next World Games tournament.

What will Sweden do at the World Games in Alabama? Only time will tell, but they are one of the favorites with a talented, experienced and proven team looking to cement their status as the best in the world by winning another gold medal at the World Games.

The previous edition in 2017 in Wrocław was won by Sweden, beating Switzerland in the final, 7-5. Finland came in 3rd, followed by the Czech Republic in 4th, the United States in 5th and Poland in 6th.