Graham Askey has visited 91 countries in search of the world’s worst toilets and claims to have found them in Tajikistan.

Graham AskeyGraham Askey’s research was inspired by an experience he had with toilets in Morocco.

Some people travel the world in search of adventure. Others hope to discover new foods or experience foreign cultures. But 58-year-old blogger Graham Askey had a slightly different motivation. He traveled 75,000 miles in search of one thing: the worst toilets in the world.

“After my many travels, I thought I had seen it all, with s-tters on stilts, sinks seemingly full of pee, and bathtubs seemingly used as makeshift bogs,” Askey said, according to the Daily mail.

But after spending £150,000 (about $165,000) and visiting 91 countries on six continents, Askey believes he has found the world’s worst toilet in a remote corner of Tajikistan.

“[H]After enjoying some of the dirtiest sanitation facilities on the planet, toilets in Tajikistan have got to be the worst in the world – it’s the perfect hellhole,” Askey said.

As the New York Post reports that the “worst toilet in the world” in Ayni, Tajikistan, is located in a five-foot wooden stall surrounded by “sun-dried poo” and is infested with poisonous rats and snakes. It has, however, earned its dubious honor from the fact that people have used the flimsy privacy fabric that surrounds it as toilet paper.

“With no toilet paper available, builders conveniently constructed it with a fabric covering to provide wipe down functionality,” Askey said, according to the Daily mail“and it looks like the locals have taken full advantage of it!” 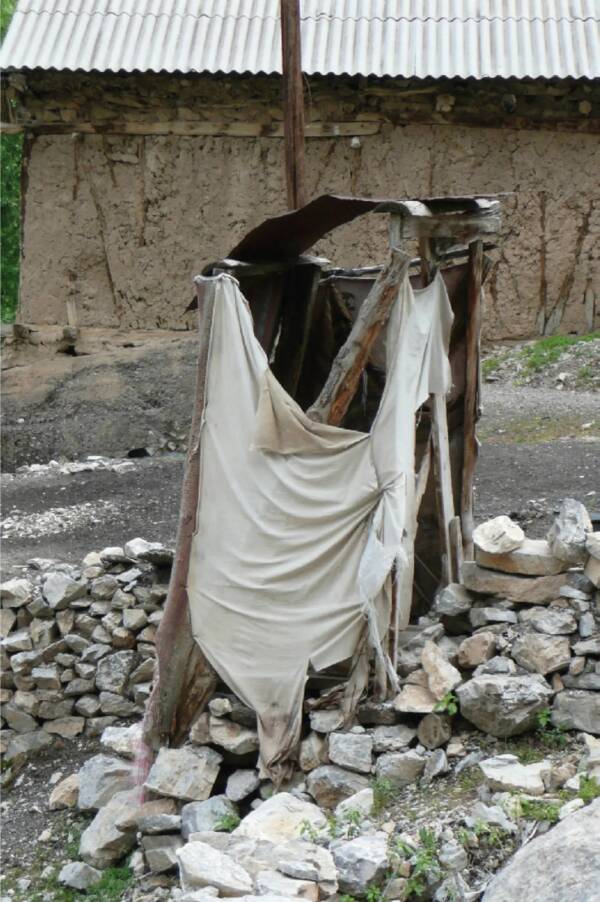 Graham AskeyAskey dubbed these outhouses in Tajikistan the “worst toilets in the world”.

Toilets in Tajikistan are just one of many that Askey has documented on his blog “Inside Other Places” for the satirical Toilet & Urinal Restoration & Design Society (TURDS). The blogger, who his friends call the “king of porcelain”, got the idea to travel the world and document disgusting toilets after experiencing particularly filthy toilets in Morocco.

“Make no mistake, every entry on my list is gross beyond words,” Askey said. “Some may seem OK, but trust me – and I know – these are the most inhospitable places on the planet, and spending a single minute inside one would be unthinkable except in the direst of circumstances. more extreme.”

He added, “Each of them would seem to appeal to audience members who haven’t yet mastered the basic art of aiming.”

Some of the toilets found by Askey include a chair in Benin with a toilet lid on a bucket, a sink in Bangladesh, and a tub in China filled with “litres of numbers one and two”. However, one of the most heartbreaking toilets Askey encountered was in Indonesia. Perched on stilts 10 feet above the ground, its users had to navigate wooden planks to reach the bathroom.

These toilets, Askey noted, were also “the least privacy-conscious toilets” because they were located in the middle of a village. 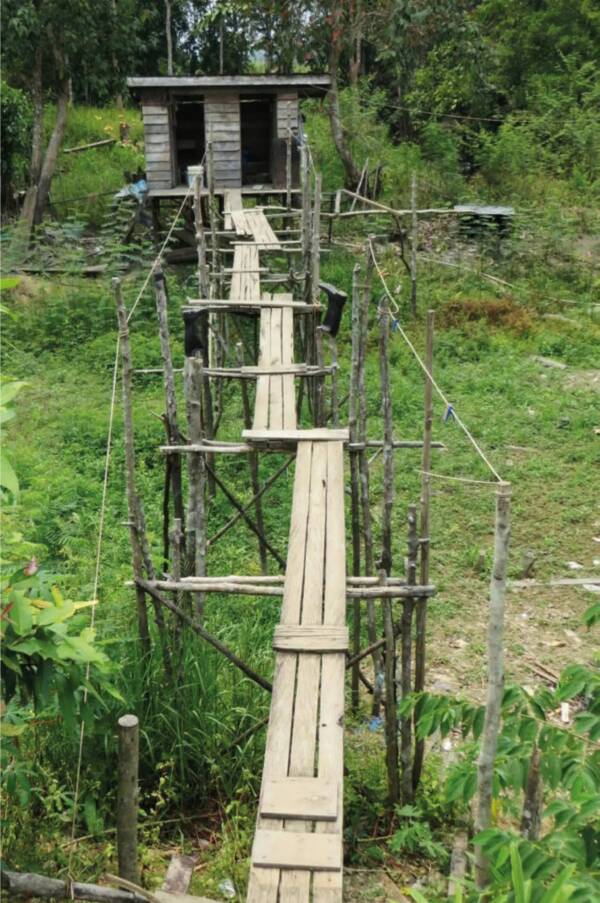 Graham AskeyThese toilets in Indonesia were both difficult to access and not very private.

Askey only photographed the outside of the toilets because they are so, in his words, ‘vomiting-inducing’, and admitted he spent the ‘absolute minimum amount of time’ near them because they were so disgusting. Still, people liked the photos the blogger posted so much that he decided to compile the top 36 into a book, Wild Frontier Toilets.

But Askey hopes his new book will do more than shock those who leaf through it.

“While readers will no doubt find these dismal public toilets hilarious, it should be understood that they represent a significant and largely unnecessary health risk, which can be significantly reduced by supporting charities like ActionAid and World Toilet Day,” Askey said.

Indeed, as Deutsche Welle reports, 2.6 billion people worldwide live without reliable toilets. This can lead to the proliferation of deadly diseases like cholera.

As such, Graham Askey’s hunt for the “worst toilet in the world” is certainly shocking and even amusing. But her book also hopes to draw attention to a very real public health problem facing millions of people.

After reading one man’s research on the world’s worst toilet, find out the surprisingly complicated answer to who invented the toilet. Or delve into the messy history of toilets in the Middle Ages.