Last week Imperva released the Global DDoS Threat Landscape Q1 2022 Report. from our global network of points of presence during the first three months of 2022. In response to how recent geopolitical events have dramatically accelerated the rate at which the DDoS threat landscape can change, Imperva has increased the frequency of our reporting from annual to quarterly. This is the first report in the new quarterly cadence, designed specifically to provide the latest and most up-to-date information on DDoS attacks and the impact they can have on business and global affairs. Here are three of the main results for the first quarter of 2022:

Over 18% of Layer 7 attacks lasted longer than 12 hours

More than 60% of all Layer 7 attacks mitigated by Imperva in Q1 lasted longer than 15 minutes, with nearly 20% lasting longer than 12 hours. 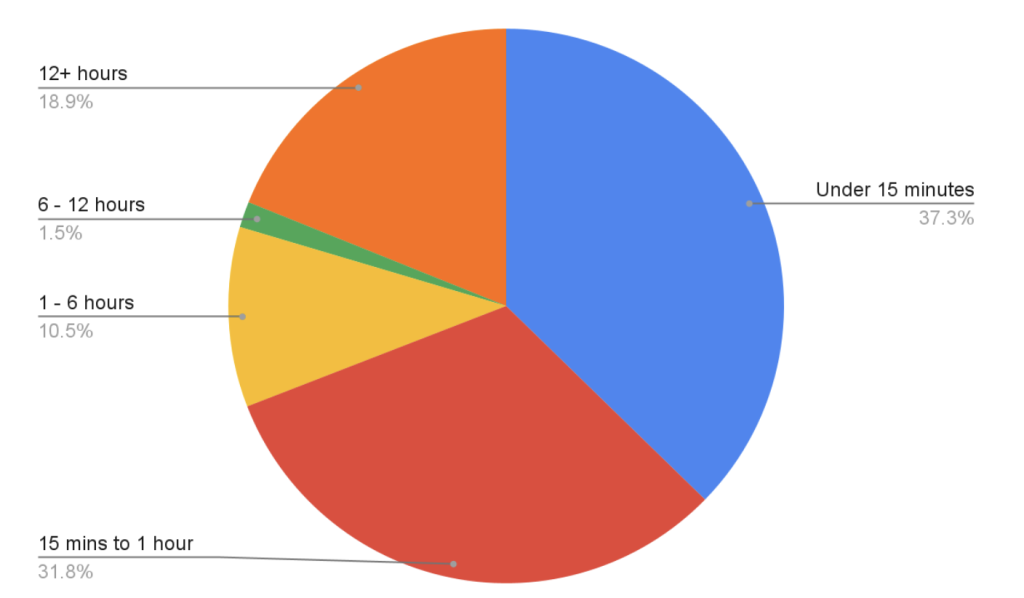 50% of websites affected by Layer 7 DDoS were reattacked

More than half of the total number of websites attacked in the first quarter of this year were attacked a second time.

Denial of service ransom threats continued to present a challenge in the first quarter, with threat actors using more innovative tactics to disrupt business and attempt to extort payment.

Attacks on websites in Ukraine and Russia quadrupled

Between January and February 2022, attacks against Russian and Ukrainian websites quadrupled, with Imperva reporting a 320% increase in attacks month over month.

The number of attacks nearly doubled from January to February 2022, with Layer 3 and Layer 4 attacks increasing by 70%.

Nearly 80% of attacks were single vector

Only 20% of Layer 3 and Layer 4 DDoS attacks used more than one vector, which should not be underestimated. Without the right DDoS protection in place, repeated short single-vector attacks could cause a network to become saturated before mitigation has a chance to kick in.

A high percentage of attacks were short-lived

Layer 3 and Layer 4 DDoS attacks were fairly short in the first quarter, with nearly 62% of all attacks lasting seven minutes or less.

Shorter attacks are dangerous for a number of reasons and are often used as a distraction tactic as part of a larger multi-vector attack.

*** This is a syndicated blog from the Security Bloggers Blog Network written by Grainne McKeever. Read the original post at: https://www.imperva.com/blog/q1-2022-global-ddos-threat-landscape-report-findings-summary/

The End of Roe: A Special Report from PBS NewsHour | THIRTEEN